Written by Jonas Blomhoej
Updated over a week ago

Updating existing users on the platform could be done individually or through the user import feature.

To update an individual user you navigate to Admin > Organisation > User, locate and edit the user in question. Update the relevant user properties and click "Update user" to save changes. 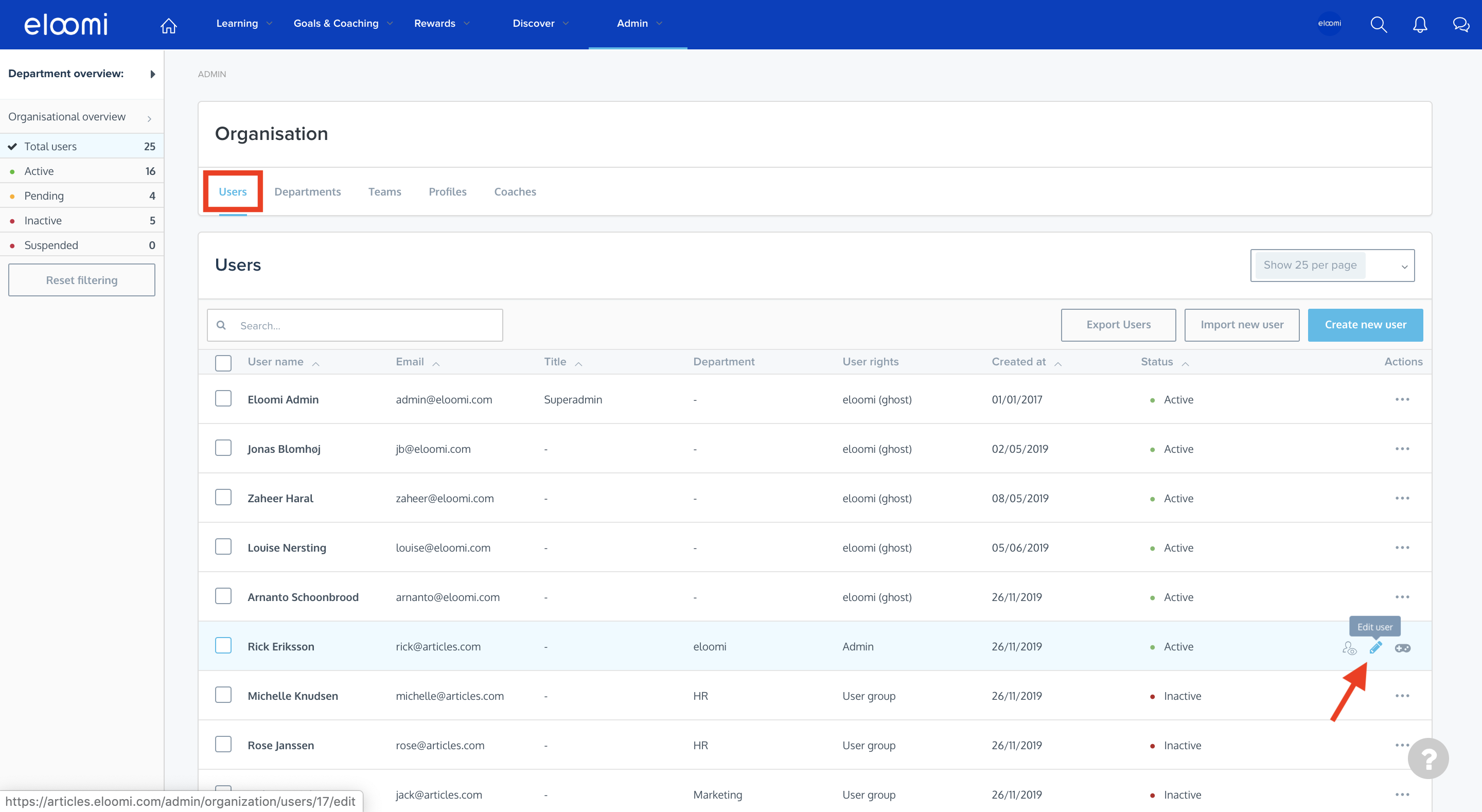 Updates could be made to an existing user file, previously used to import/update users. Alternatively, you may export a file of existing user info in the platform.

If you're curious, read more about how to Export Users.

Once you have a user file, you can go ahead and make the relevant updates to
the user properties of existing users.

Bonus info: The platform supports both updating existing users, and importing new users, through the same file. This means you could add new users to the file containing existing users. When importing the file, the import type "Create and Update users", should be selected.

In the above example, an additional column "gender" has been added to the user file and saved.

Next step is navigating to Admin > Organisation and click "Import new users".

When updating existing users, you only have to match the columns of user data which are to be updated in the platform incl. the column containing the user property used to identify each user. This is either Email, Username or User ID.

In this example, we want to update the gender of the users, so the column named "Gender" is matched with the property "Gender (F/M)". 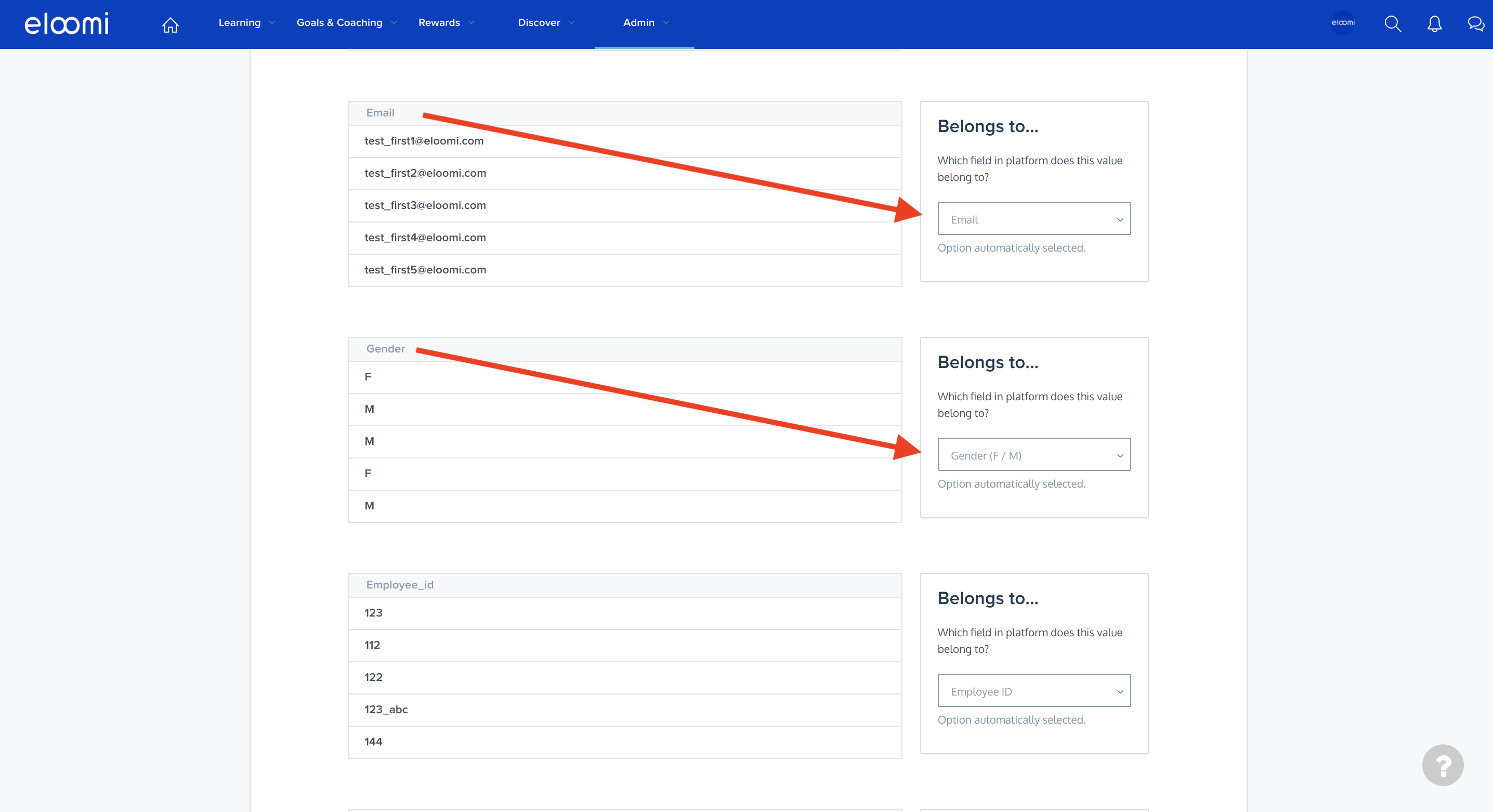 "Update users on"
In this case, the property used to identify each user is "Email", so we choose "Email" from the dropdown, and make sure to keep "Update users on" as "Email".

"Import as"
Furthermore, you specify if the user data you import is to be added to any existing data or it should replace any existing data. In this case we select "Add" since the user genders have not previously been imported. 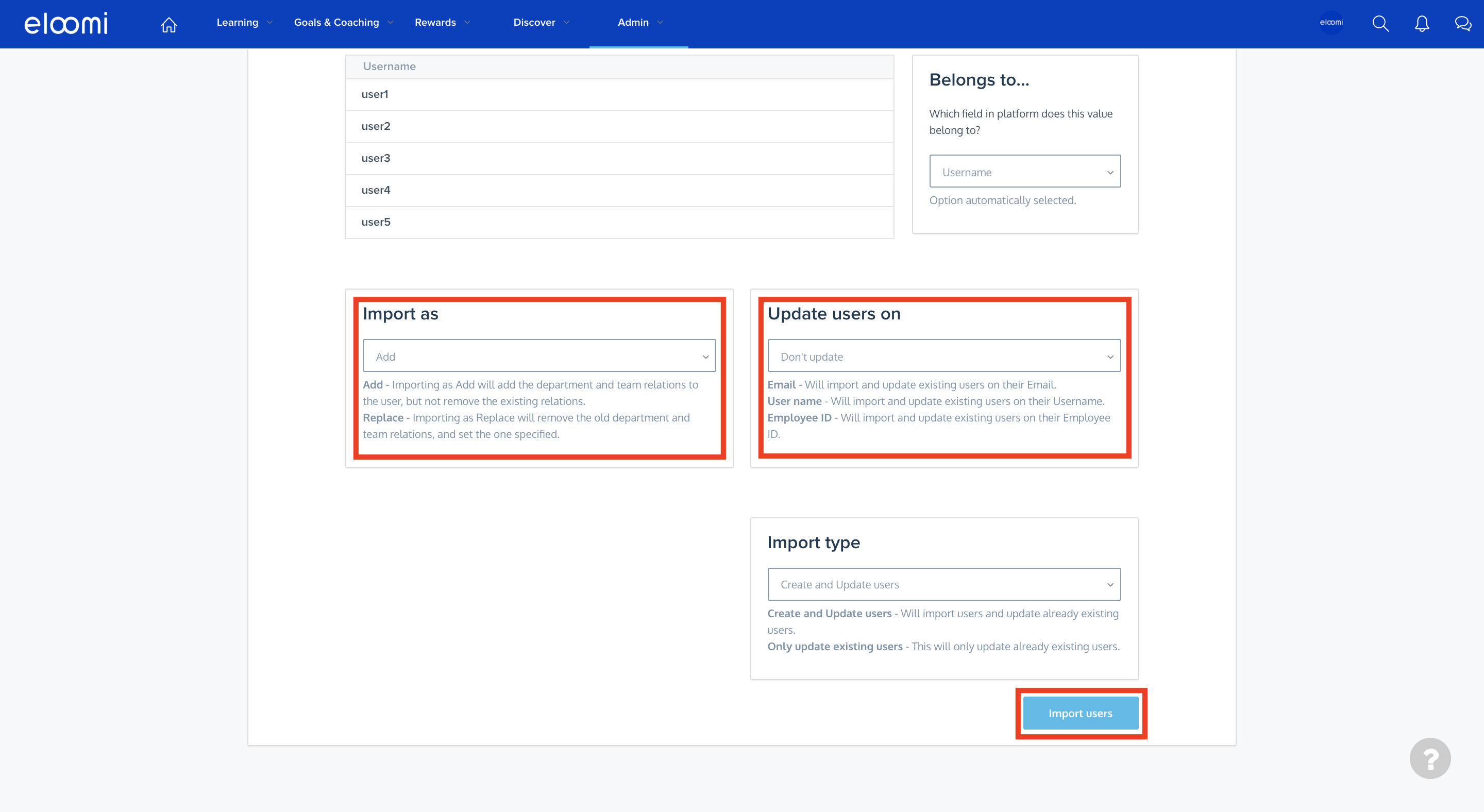 Once you click "Import users" progress and import statuses are displayed below.

Did this answer your question?